Before engaging in any blog about Bitcoin, it HAS to be stated that Bitcoin is an incredibly risky investment that may or may not pay off. Bitcoin is a decentralised digital currency, without a central bank or single administrator, that can be sent from user to user on the peer-to-peer bitcoin network without the need for intermediaries.

It’s probably not the best fit for most people. If you’re eager to invest in cryptocurrency, it’s essential to do so safely.

As with ANY OTHER INVESTMENT DECISION – make sure you have a personal financial plan, an investment strategy with a well-diversified portfolio, and you don’t have to borrow money to invest.

Most people have a good handle on what Bitcoin is, but how to use it and whether to invest in it is the tough question that you simply cannot google.

As companies (like PayPal in October 2020) begin to buy into the viability of Bitcoin, its uses will increase and its value.

When Elon Musk announced on Twitter that he was a big supporter of Bitcoin, his particular endorsement rallied the value of Bitcoin significantly. He has repeatedly shown his support to online currencies and caused significant movements in their values due to his own personal wealth and influence.

This alone reminds us of the volatility of this young phenomenon of cryptocurrencies. But… still, people don’t want to miss out. The Brobdingnagian bubbles it’s created in the last decade have always left an aftermath of if-only-I-had-invested-sooner sentiments.

Actuary Imran Lorgat says that a sure way of realising that you are about to make an investment mistake is when an intense fear of missing out is spurring you on.

In an article for BusinessTech, Lorgat says: “Many invest in cryptocurrencies without a solid grasp of the basics. If you are interested in buying Bitcoin, then invest time into researching how it works and the risks associated with owning Bitcoin.”

“The price of Bitcoin over the long-term is driven by supply and demand, as well as adoption and technological development of the currency. However, in the short term, the price is driven mainly by hype and emotion.”

He goes on to talk about the value of buy-and-hold strategies when considering Bitcoin, which is similar to the approach of dollar-cost averaging in conventional investment strategies.

Bitcoin has been around since 2008, and it has always had a vacillating public interest. It is speculated that investors who have resisted the temptation to trade their Bitcoin through the highs and lows have probably gained the most.

“The conventional wisdom of ‘dollar-cost averaging’ applies to Bitcoin as well and is popular amongst Bitcoin investors. This means investing the same amount every month, without checking the price or trying to time the market. I follow this strategy myself,” remarked Lorgat.

If you are risk-averse and don’t have expendable investable income, Bitcoin is most likely not a good idea. But even so, it pays to be aware of how it’s growing and keep yourself educated around both it and other cryptocurrencies.

If anything is certain, it’s that the future is uncertain. Bitcoin is a fresh reminder that anything is possible.

Related Posts
Blog Single Widget Area has no widgets.
Contact Us
We welcome the opportunity to discuss your financial goals and answer any questions you may have about our services. To schedule a personal review of your investment goals and objectives, call us at (012) 807 3113 or complete our contact form. 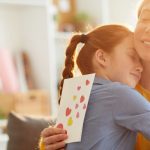 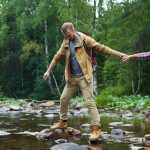 How to make a sustainable change