The investors’ tax guide for the 2020 year

In the last few months of the year the personal income tax season hangs over year-end busy-ness like a shroud. Then, the new year begins right away with business’ financial year end looming. The last thing most of us want to think about in January is more tax.

But really, January is the best time to start thinking about tax – when you are comparatively freshest, to give you the most time and preparation possible to make it less awful. And, if you are an investor, it’s not enough to simply cough up in 2020 – several things have changed in regulation and with Sars that may affect the way you are taxed.

After the Finance Minister’s February budget, investors breathed a sigh of relief. No one suspected another VAT change (there would have been an uproar) but dividend tax, capital gains tax and more remained largely unchanged.

However, the relief was bittersweet when the dust settled – the bracket creep that had plagued investors has not been acknowledged at all and so tax breaks were not adjusted for inflation as they usually are.

Even though on paper investors were not taxed much, the lack of inflation adjustment meant that, in reality, investors were getting an effective 2 to 3 percent less out of their investments thanks to tax not taking into account inflation.

However, as of November, restrictions to the tax benefit were finalised and passed, meaning that the previously generous tax incentive – hovering at about 45 percent of the total amount invested in Section 12J funds – has been limited to a maximum of R2.5 million. So, only R2.5 million at the most can be invested into the class. If you were one of the higher income earners investing sums of that size into 12J, this obviously affects you. It also affects SME businesses that would have benefitted from the 12J class, the companies invested into by the venture capital funds, as there is now a limit on how much investors can put in.

All of this means slower growth for would-be venture capitalists and has already resulted in the asset class looking less attractive to local investors. If you are team 12J, proceed with caution.

Lastly, one for the petrol heads. Many investors took enthusiastic note of President Ramaphosa’s announcement of a new upcoming automotive special economic zone to be brought in soon to attract local and global investors with significant growth and benefits. However, the taxman has already been all over the development, with numerous (and quite punitive) anti-tax-avoidance measures being proposed, withdrawn and revised several times already in the draft Taxation Laws Amendment Bill. Those who wish to get involved better wait until the dust settles on this one.

Ultimately, tax is a jungle for most of us and it is well worth us having a chat to stay well within the law while still limiting the damage tax can place on your portfolio growth.

Related Posts
Blog Single Widget Area has no widgets.
Contact Us
We welcome the opportunity to discuss your financial goals and answer any questions you may have about our services. To schedule a personal review of your investment goals and objectives, call us at (012) 807 3113 or complete our contact form. 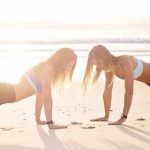 Moving on from “summer-body” goals 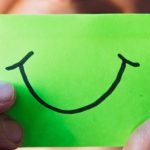 Improve the way you invest for the year