When it comes to coffee-shop conversations, little is said about the long game in the investment space – it’s often about which asset manager did well this year, what outperformed everything else in the last quarter… etc.

But, if you’re an investor, chances are high that you’re saving for future events that have a five-year-plus event-horizon (as we all should!).

Here are four thoughts for investors looking to improve their long-term results. If you’re feeling shaky in your investment behaviour, these will certainly help to master your long game.

Tip 1: The past does not predict the future

It’s the most common mistake in the book, so entrenched in investment culture that even the most seasoned among us fall into this trap. It’s the thinking that ‘X Asset Managers beat the index by nine percent last year so they’re the best bet this year’. X Asset Managers in turn, who may not even have the same actual people on board anymore or may have undergone a whole host of other changes to the ‘magic formula’, adjust their fees up accordingly.

There are plenty of problems with this. One is that, if you keep a close eye on the top performers, you’ll notice that the same managers are almost never ever in the top spot consecutively. This means that if you doggedly follow the best performers, you’re going to switch funds every year, decimating your return potential.

Secondly, as we’re well aware of in other spheres of life but conveniently forget in investing, our global future and rate of change in the next decade will be different to anything in the last century.
“But surely that won’t change the actual nature of the markets,” some may say.

Yes, it can. We’ve already had what should be an impossibly long bullish cycle and more black swan events in a decade than ever before. We need to beware.

Most of us know the two cardinal sins of investing: not preserving when switching jobs and chopping and changing funds or managers too often.

But what about when a crisis hits? Switching from other assets into cash may be just as harmful.

When the going gets tough, generally, most investors go for cash. And there is some wisdom to this – cash is a great low-risk asset that generally does well in times of crisis and is therefore event-horizon specific. But taking money out of, say, equities, and exchanging it into cash is often a case of winning the battle but losing the war.

The thinking is that ‘if I get this out of equities before equities experiences a downturn and put it into cash, then switch it back, I’ll save the amount I would have lost.’ This gambles the losses from switching with the gains made from avoiding a loss when markets turn south. The problem with this is that most (who are not whizz asset managers by profession) will get the timing wrong. This leaves you with two losses when, longer term, simply staying put would have made more sense.

There are widely held misconceptions about different asset classes, many of which are harmful for players of the long game in investment. One of the most common is that equities are risky while bonds are safe, and cash is the safest of all. And a short-term glance at the market may seem to confirm this belief, however the opposite is true when it comes to longer-term strategies.

Think of investing in cash (a.k.a. the money market) as the investors’ equivalent of stuffing your cash under the mattress. If your aim is to not lose any money – then you’re in luck. That money may be safe from being lost short-term. But it’s also not growing as much as it could, while other things like CPI are making it worth less and less. Equities, on the other hand, have shown to give back the bigger returns compared with cash longer term, even though short-term your chances of making losses are higher. Based on historical returns data since 31 November 2007. Source: Morningstar to end of December 2018

Tip 4: You get what you pay for

One of the biggest ‘grudge purchases’ of the financial world, after insurance, is the fees associated with funds. Some charge two or three percent, others far less. Most investors see that as three percent that could have been invested on their behalf that’s now going into someone else’s pocket.

However, you really do get what you pay for often with funds, just like everything else. According to Discovery’s August Smart Money newsletter, “the total expense ratio (TER) of an investment fund gives an investor an indication of the total fees of that fund. If we compare a relatively high-cost fund (TER of 2.47% in 2008) with a relatively low-cost fund, (TER in 2008 of 1.41%), the ten-year return from the more expensive fund was 77% higher than that of the less expensive fund.”

The good news is that regulation has cracked down significantly on what a fund may legally charge in terms of fees, why they charge fees and how transparently they disclose this information. In essence, you should only pay so much and know precisely what it is you’re paying for. If not, the law is on your side as the consumer, something which wasn’t always the case when this industry was younger.

Having enough for future life events is a marathon, not a sprint. Let’s put these four tips into play, and you and your wealth will be able to go the distance. 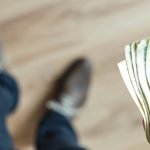 The dollar’s time is running out 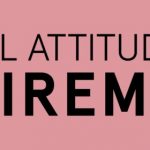