The four numbers of retirement – and why they aren’t enough

‘It’s my life, it’s now or never. I ain’t gonna live forever…’ The famous Bon Jovi words could well be used to describe retirement – and saving for it.

Most people don’t know where to start when contemplating something as big and hectic as retiring in decades’ time, but there are ample titbits of conventional wisdom from the financial planning industry. Let’s take a look at some, and their pitfalls.

The most well-known number: 65

The age ‘65’ is the one we all see on the calculation spreadsheets and articles about retirement. Retirement annuity and pension fund products are generally designed to be withdrawn when the individual turns 65. You may well be forgiven for thinking that everyone who retires from work does so the minute they blow out the candles on that 65th cake – but you’d be wrong.

To say ‘I am going to retire at 65 no matter what’ is to overlook and discount the type of work you do, your health and the future of healthcare as we know it. A professional sportsman, for example, may need to retire at just 35, whilst an author could comfortably go on working until 80.

Once you hit 65 years old, you may be having so much fun that you may not want to retire yet, or you may contract a critical illness in your fifties which means you cannot work anymore, a full decade earlier than planned. There’s also the pesky matter of longevity. For years, science and healthcare has advanced and people are living longer and longer lives, yet that stubborn ‘65’ has stayed the same.

All these things are variables that most do not take into account when they insist they will retire at 65 – and we all know that when you fail to factor some of the variables into your calculations, things just don’t add up.

No, this is not the new, older age to retire at – this, according to the financial planning industry, is the amount of your current final income which you will require at the age of retirement.

It’s hard not to see the problem with this one. A student earning ten thousand a month coming to a financial advisor, for example, may be told they’ll require 75 percent of their normal income in retirement. But that rigid number fails to factor in the fact that that same student will need triple or quadruple his current monthly salary in just 12 years’ time when he’s married, has bought a house and is paying for two kids’ schooling. At that point, the calculation of 75 percent may well be correct, but not always. Either way, it serves as a useful starting point when trying to visualise your future.

The number for right now: 15

What is important to note is that you are an individual, with unique life circumstances, and numbers are often just that – numbers. An abstract figure of ‘15 percent’ may not take into account your life situation at all – 15 percent isn’t going to be enough to buy a yacht and retire at 50 unless your monthly salary rivals Bill Gates’. 15 percent may just not be doable for a struggling single parent of four kids who is trying to put food on the table. It’s all relative to your personal situation.

The number for once you’ve retired: 5

Let’s assumed that you don’t want to financially cripple your children by forcing them to take you in once you retire. Let’s assume you want to live reasonably comfortable, independently, for a good twenty years in retirement. The number for you now is five – financial professionals dictate that you will draw five percent of your total amount saved for retirement every year of retirement.

Also, what about inflation? Inflation has been rising at a steady and relentless rate for the past few years showing no signs of slowing down, yet the average balanced fund in SA has grown just five percent or less over the last five years. If you dutifully save your 15 percent each month, then later only draw five percent of your savings a year and yet CPI has been increasing by six percent year on year, that’s not going to work out that well. Even though you did exactly what the numbers told you to.

There is no real formula

What all the above illustrates is that using abstract generalisations for individuals living real lives just doesn’t work. Numbers like 65, 15 and 75 are a helpful starting point, but are designed to be just a start before you individualise beyond that according to your personal financial needs and future.

The best way to think of the numbers above is to think of them as a minimum, not as a goal. A lot can go wrong even if you do save 15 percent of your income to live off of 75 percent from the age of 65 years.

So start here, but don’t finish with the numbers. They could never define you as a person, so don’t let them define your future. 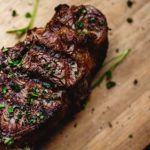 Delicious savings – how to eat for a week on four meals 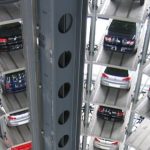