Investment monogamy: the power of staying put in an uncertain market

Home / Blog / Investment monogamy: the power of staying put in an uncertain market

You’ve worked hard for your money and you expect it to work hard for you. Hence, there are few things more throat-blocking than opening your statement one morning and your investments are worth less than they were a month ago.

The logical thing to do would be to switch funds, right? Highly unlikely.

From understanding best investment behaviours to overweighting and fund compliance, here are a few pointers around positive and negative investment decisions.

Here are three reasons why switching funds could be a bad idea:

1. You lose your momentum
We all know it, but we all forget it – the real benefit of investing is the wonder of compounding. Those who invest in mutual funds, for example, get rewarded every time the value of the units invested in go up, and so the more time in that fund, the more reward they’ll get. Changing funds renders all your years of compounding, whether they’re two or twenty, back to nothing as you’ll be starting over from scratch in a new system.

2. It could cost you in more ways than one
According to Mthobisi Mthimkhulu at Allan Gray, switching will most likely also cost you in fees and taxes. Most funds have sign-up or registration fees that you’ll have to pay all over again if you switch. Also, because it’s effectively the sale of an asset, this could mean capital gains tax.

3. Bad timing
Mthimkhulu goes on to say that “switching funds during poor performance inevitably destroys the value of your investment. This is because, in order to switch, you have to sell your units, which often locks in the underperformance of the fund you are switching out of. At the same time, the fund that you switch to may not be positioned to repeat its good performance of the past in the future. In effect, by switching you are often selling and buying at exactly the wrong time.”

And here are three times when you should consider changing horses:

1. The fund – or what you’re investing in – has run into major problems
Returns dropping by one percent is a bitter pill to swallow but is often not a good reason for changing funds alone. However, if your fund was quite overweight in a company that lost 95 percent of value overnight as Steinhoff did, that’s another matter entirely. Are you investing in a mutual fund and the regulations have changed significantly, but your fund is still doing things the same way in spite of warnings from the regulator? That’s another good reason to think hard about switching.

2. You’re not being treated fairly
It’s your job to tell your fund manager what you need but, likewise, it’s their job to take you as the client seriously, no matter how big or small. Have you been sending emails and calling but getting no response? Or have you asked for a change in how your portfolio is weighted and yet on the next statement nothing has changed? These are good reasons to seek out someone who will listen to you – after all, this is a long-term partnership.

3. You and the fund are going in different directions
If you chose your fund for a specific reason important to you and that reason has changed, it’s also a good reason to quit. For example, the fund manager at this fund was known for being an expert in Shariah finance and the fund was fully Shariah compliant, but now that fund manager has moved on and the new one seems… less compliant. If your fund is no longer upholding your beliefs, principles and life goals, find someone who will.

Ultimately, though, investing is a marathon and not a sprint. Switching from one fund to another is a massive decision and shouldn’t be something an investor does more than once or twice in their life, if ever. Time spent at one fund over many years will always beat picking the fund with the best returns this year. 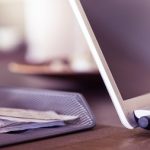 Tracking wheels and meals: have a less stressful tax season next year