Four things to do if the markets crash this December

December should be a time of rest and relaxation – but for South African investors, the month comes with ominous memories. ‘Nenegate’ and Zuma’s infamous cabinet reshuffle, the Steinhoff collapse and several other rand-slaughtering incidents occurred in the month of the year when everyone was hopefully on holiday; plus the ANC elections occur next December too.

So, what is an investor to do when the last month of the year rolls around and disaster strikes? In the words of Douglas Adams’ The Hitchhiker’s Guide to the Galaxy: don’t panic.

The first thing to do is remember the bigger picture. Many tend to look at the short term. For example, the rand recently dropped below the R14 benchmark to the dollar due to America’s elections and its divisive results, which is positive for the Rand strength. The same person looking at this news is likely to panic if, say, President Trump signs an important new trade agreement and the dollar strengthens or geopolitical risk in South Africa causes the rand to falter.

This will cause anxiety and is also an inaccurate way to view the market. Markets do not work off individual events, but rather longer cycles of bull (growth) and bear (decline) periods. Globally, we are coming out of a very long period of bullish growth. Since 1 January 2009, after the 2008 global financial crisis, the MSCI World Index has come up 292 percent, according to Sygnia Asset Management. This means we are in for a long bear period that has little to do with fluctuations caused by what President Ramaphosa says in his next speech.

The second thing to do is breathe and to remind yourself that all things work in cycles, including the market. We have just come out of a period of high growth globally, but all good things come to an end. So do all bad things. If we are entering a bear market now, that will surely give way to a bull market in due course. It’s also comforting to note that, as Sygnia Asset Management points out, bear markets have historically been shorter than bull markets.

The third thing to do is remind yourself that every season has its usefulness. Many investors focus on the selling aspect of investing that can be such a rush and godsend in the sunny outlook of a bull period. However, a bear market is often when the best opportunities are found at the most reasonable prices. Avoid the temptation to sell out of an emotional place of anxiety when slow growth sets in, and you’ll reap the rewards from all those others surrounding you who sold when the price was low. If you aren’t panicking, you don’t need to make that mistake.

Lastly, give it time. Your portfolio wasn’t built in a day and, if you act rationally, it won’t topple in one day either. All downturns work themselves out and the good investors play the waiting game while they do. It’s all about time in the markets, not timing the markets. 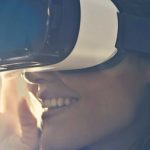 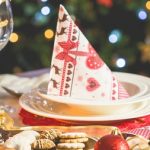