Working during our earning years may provide a decent lifestyle, but often will not secure a decent retirement. This is generally due to a lack of discipline and proper financial planning. Whilst there are many ways to save for retirement, e.g. starting a business to sell or building a rental property portfolio to generate annuity income, pension funds[i] make up a large portion of retirement savings.

Unlike in many other countries, members of pension funds in South Africa can access pension benefits before retirement. Unfortunately, many do so without fully understanding the effects these early withdrawals have. Not only is the amount of money available at retirement reduced, there are also severe tax consequences.

Difference in tax treatment of withdrawals before and at retirement.

The following example illustrates the hefty price you pay when making an early withdrawal from a retirement fund.[ii]

Step 3: Calculate the tax on the current lump sum taken

Tax on current lump sum taken is tax to be paid on total lump sums less tax that would have been paid on previous lump sum.

What if John did not make a pre-retirement withdrawal and preserved his full fund value of R850 000 when he changed jobs?

If you took the time to calculate the price of instant gratification, you might think twice about paying it.[iv]

[i] Includes provident funds [ii] See https://www.youtube.com/watch?v=Dwq5i7ftbTU&feature=youtu.be for different examples. [iii] 2/3 must be used to purchase a pension. [iv] Alfred Edmond, Jnr.
Related Posts
Contact Us
We welcome the opportunity to discuss your financial goals and answer any questions you may have about our services. To schedule a personal review of your investment goals and objectives, call us at (012) 807 3113 or complete our contact form. 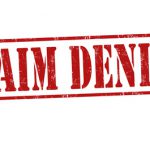 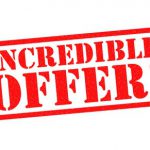