Failure to protect yourself against loss of, or damage to property can have dire financial consequences. Whilst some are willing to take this risk, many use short-term insurance to cover themselves. Although this is sensible, paying premiums on a policy that will not pay out in the event of a claim is a waste of money. 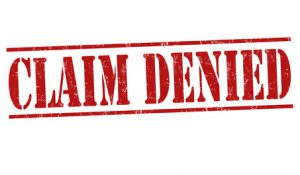 Why do short-term insurers reject claims?

unless that representation or non-disclosure is such as to be likely to have materially affected the assessment of the risk under the policy concerned at the time of its issue or at the time of any renewal or variation thereof.

The representation or non-disclosure shall be regarded as material if a reasonable, prudent person would consider that the particular information constituting the representation or which was not disclosed, as the case may be, should have been correctly disclosed to the short-term insurer so that the insurer could form its own view as to the effect of such information on the assessment of the relevant risk.[ii]

Case study of an actual case adjudicated by the Ombudsman for Short-term Insurance:

Mr Y submitted a claim for a single motor vehicle accident. The insurer rejected the claim on the grounds of non-disclosure by Mr Y of previous losses suffered by him, which according to the insurer, was a breach of the policy terms and conditions.

During the telephonic sale of the insurance policy, Mr Y was asked to disclose losses suffered in the last five years. He informed the insurer that he had suffered one loss in 2011.

During the validation of the claim, the insurer established that Mr Y had three more losses within this period, which were not disclosed at the inception of the policy. According to the insurer, had the losses been disclosed at the sales stage, the premium would have been calculated differently. The insurer therefore suffered a prejudice of 23.6% in respect of the premiums. The insurer submitted that it had not considered a proportional settlement of the claim due to the fact that the misrepresentation was made intentionally by Mr Y. Mr Y disputed this arguing that he disclosed what he could reasonably remember.

The Ombudsman pointed out that the losses which were not disclosed fell within the five-year period on which the insurer’s questions were based and further, that the recorded sales conversation did not give any indication that Mr Y was uncertain about what the insurer required in order to correctly underwrite the risk.

The Ombudsman further stated that short-term insurance is a contract entered into on good faith and that there was no obligation on an insurer to verify the information at the sales stage of the policy. The insurer had discharged its obligation in terms of the Policyholder Protection Rules in that it had created a clear duty of disclosure and that the insured should, in the position of a reasonable person, have known that he needed to disclose all losses suffered in the last five years to the insurer. The Ombudsman therefore upheld the insurer’s decision to decline liability.[iii]

Do not risk the rejection of your insurance claim by improper disclosure. Disclosure is not only important when you take out insurance, but also when circumstances change which may affect the insurer’s assessment of the relevant risk.[iv] If you are uncertain about information to be provided or cannot recall your previous claims bring it to the attention of the insurer.

If you think your insurance claim was unfairly rejected, you should consider complaining to the Ombudsman for Short-term Insurance.[v]

[i] Section 53 of the Short-term Insurance Act, Act no. 53 of 1998. [ii] Own emphasis. [iii] Case study quoted from Ombudsman’s briefcase Issue 1st quarter 2017 – www.osti.co.za [iv] E.g. change of risk address, change in regular driver etc. [v] Visit www.osti.co.za for details.
Related Posts
Contact Us
We welcome the opportunity to discuss your financial goals and answer any questions you may have about our services. To schedule a personal review of your investment goals and objectives, call us at (012) 807 3113 or complete our contact form. 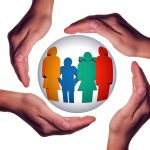 MISTAKES TO AVOID WHEN NOMINATING BENEFICIARIES 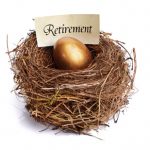